I’ve recently played with the PineCube as a way to take plant photos over time. In my previous post, I figured out how to take 720p images (i.e., 1280x720). However, I found it possible to take 5-megapixel images with a resolution of 2592x1944 as per the product specs (note the total number of pixels is slightly larger than 5 million). While the 720p image would have been sufficient for a time-lapse, I wanted to take advantage of the camera’s full power. 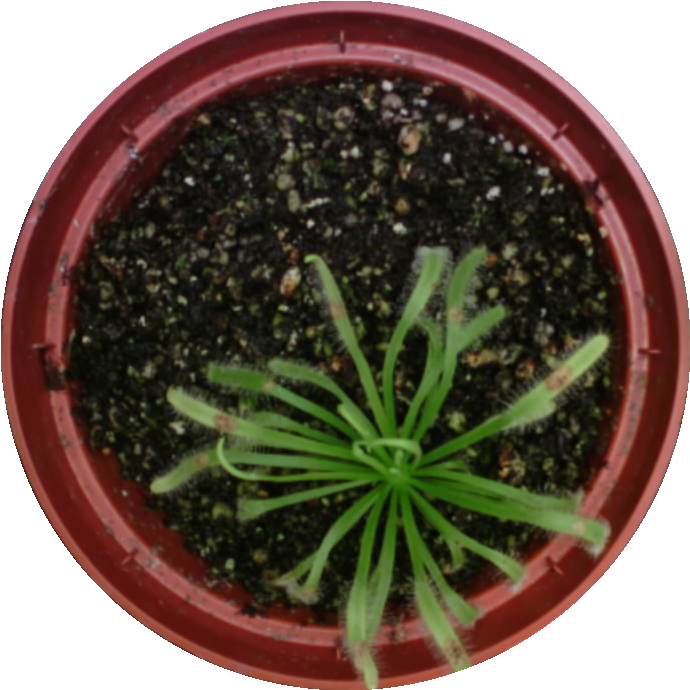 Figured: A cropped 720p photo of the sundew.

I went ahead and changed some parameters in media-ctl to change the resolution:

For some strange reason, I can’t change the resolution to 5 megapixels despite hardware support. I stumbled around for a bit and found out that I could get higher resolution images if I changed the format to UVYV8_2X8, back to JPEG_1X8, and then increased the resolution to 2594x1944.

After this, I could use fswebcam to take full-resolution images using ~6 frames. If I took any more than that, the whole device would freeze up, and I would have to restart the device physically. Why was this? I had get serial output from the PineCube to find out that a lack of memory was causing the device to freeze.

My investigation points to the contigous memory allocator, an allocator with a reserved memory section used for direct memory access. This type of memory access pattern is expected with cameras it requires a wide bus to transfer pixels over to memory. By default, armbian only allocates 32MB for the CMA. Trying to allocate memory outside causes the following errors to show in system logs:

In particular, the camera was unable to allocate a contiguous section of 5042176 bytes (i.e. 2594x1944 bytes). Each frame takes up ~5MB, which leads to a max of 6 frames when using the highest resolution on the camera. The problem is that the image is too dark to analyze when there are only six frames captured. I followed the instructions from this armbian issue to increase this value to take more photos. In the /boot/armbianEnv.txt file, I set the following line:

I rebooted and found myself in kernel panic. The CMA got 64M reserved, and the other 64M was not enough for the rest of the operating system. I had to edit the /boot/armbianEnv.txt file from my desktop to fix the booting issues. I went with 48M instead, which seemed to be a good tradeoff. I could verify that the settings took effect by looking at meminfo and dmesg logs.

And everything worked smoothly… not. I put my script in a loop using the new resolution and a fixed number of frames to determine if I would run into issues. It turns out that after only a single loop, the CMA would be unable to allocate the memory necessary for the job. So what exactly is happening to cause this?

The hypothesis is that the heavy google-cloud-sdk commands are causing memory fragmentation in the reserved section for the CMA. This LWN article describes out-of-memory conditions on low memory devices that utilize ZRAM, which can cause fragmentation in the reserved contiguous section of memory. The reason I suspect this is because I can loop almost indefinitely on dumping images to disk if I never call any of the heavier applications that take up the rest of the memory on the device.

The first approach I took was to disable zram (e.g., systemctl disable armbian-zram-config.service), but all of the commands fail with the limited memory. The solution that I ended up going with was to reduce the resolution to 1080p and use more frames to get a brighter image. After the script runs, I reboot the device to ensure that fragmentation does not pose any issues. The reboot in cron is incredibly hacky, but I don’t have the means to make more extensive modifications to the device since it’s the only PineCube I own. I want to start collecting long-term data now, and every day that it doesn’t run is another day that I don’t have for my time-lapse.

One thing to note is that you should use the full path to the reboot script for it to run in the crontab. I fell victim to several failures in the job because I had no way of telling whether the reboot ran successfully other than looking for an image in my cloud storage bucket on the top of the hour. As a result, it delayed the system from coming online for almost a whole day.

I decided to stop twiddling with the setup at this point. I feel comfortable with rebooting the device frequently; it may cause a bit of wear on the SD card, but it allows for these higher resolution photos without having to delve any deeper into the specifics of the kernel/operating system. I bought a second PineCube after dealing with all of this trouble because having another board would allow me to test the device without fiddling with my “production” device. There are obvious camera driver and memory allocation issues that I could try to tackle. It could require patches to the kernel, which would be time-consuming but an exciting endeavor.

What I thought would be a simple change to increase the resolution from 720p to 5 megapixels ended up taking several days instead, where I had to compromise with 1080p images that required a system reboot in between because of memory fragmentation issues. I’m not sure whether it was worth the change since the camera has to be physically further away to have everything within frame, which causes the image to be darker. At the very least, I’m happy with the quality of the images in storage now. 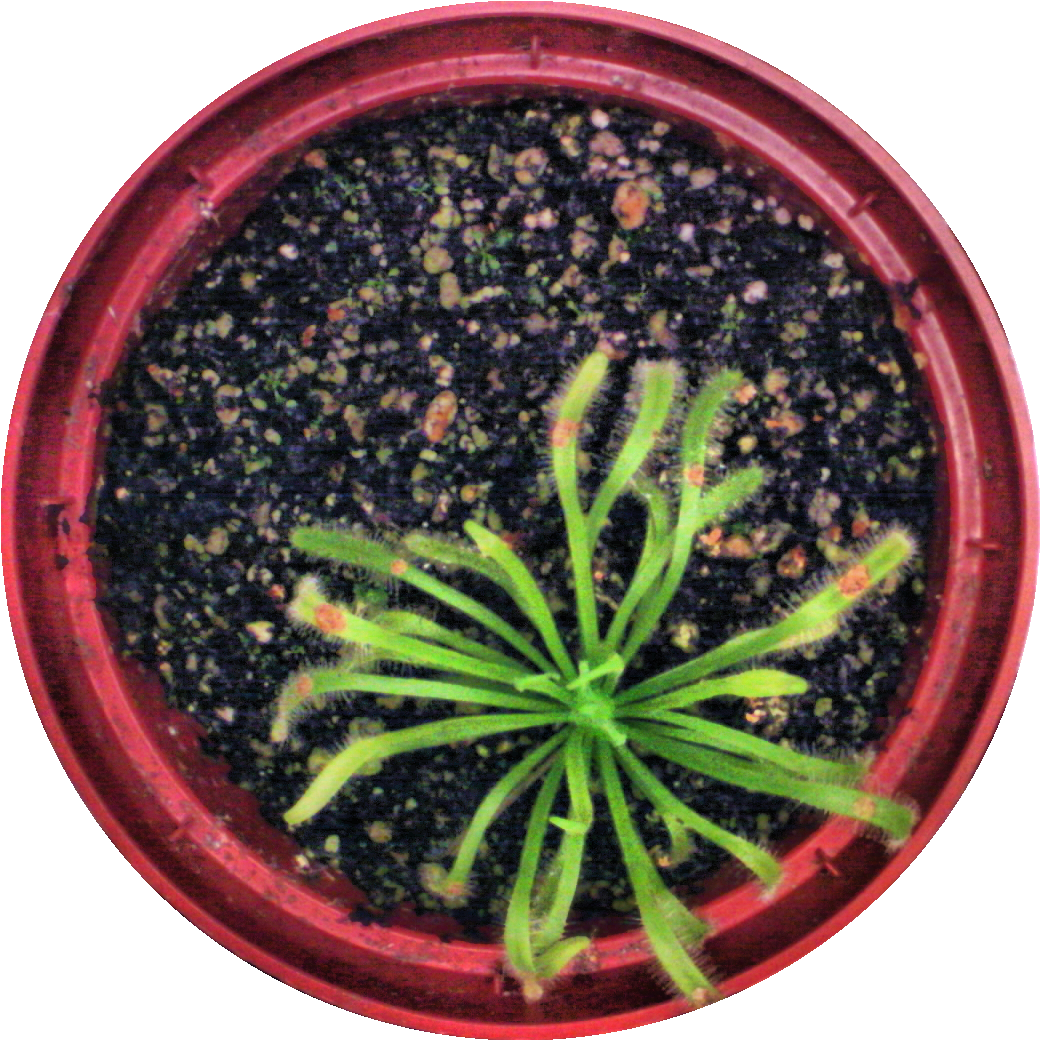 Figured: A cropped 1080p photo of the sundew with Contrast Limited Adaptive Histogram Equalization. Without equalization, the image would be far too dark to make out the smaller plants.